Multi-functional rooms are a necessity in New York City, so it’s no surprise that this client had her boys’ playroom moonlighting as a guest room for overnight visitors. When my client and I began discussing the project, she knew the room had to continue to have these two functions. However, she wanted them to blend together more seamlessly so it didn’t feel like a messy den for her visitors, or like a space the boys wouldn’t be able to be… well, boys.

To help her achieve her spatial goals, we designed a plan that had better storage for the boys’ games and toys, upgraded the flooring to something that was more mature but still playful, and redesigned the storage system in the room to better suit their needs.

The result was a playful space that allowed the boys to play freely but also allowed guests to feel at home and not like they were staying in a chaotic after school camp. 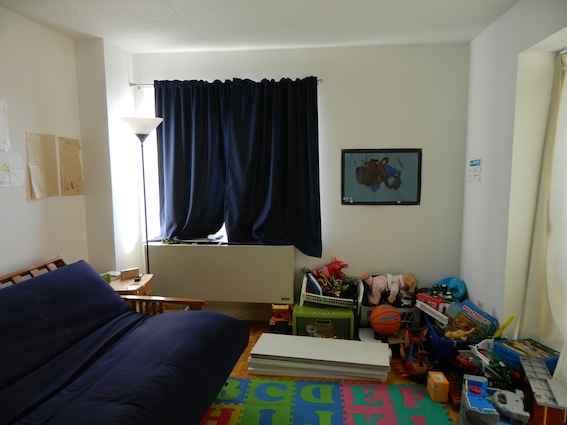 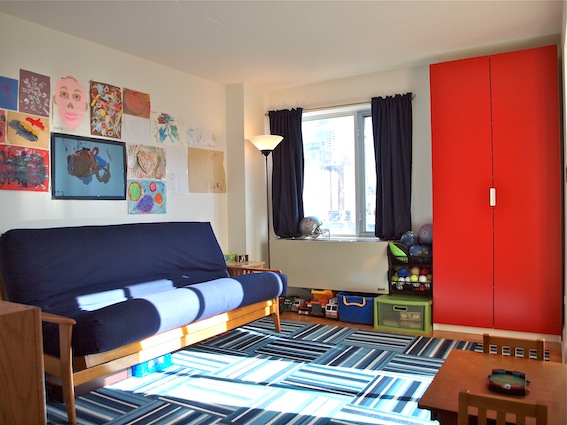 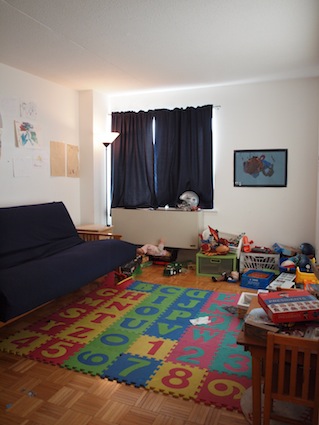 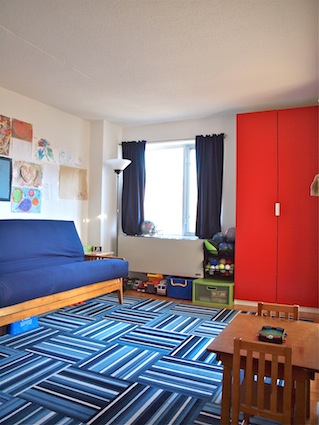 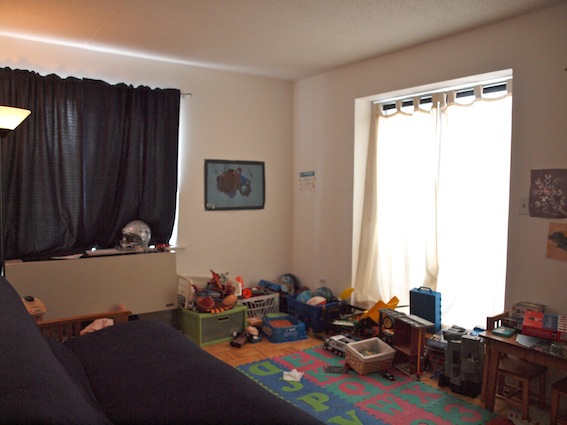 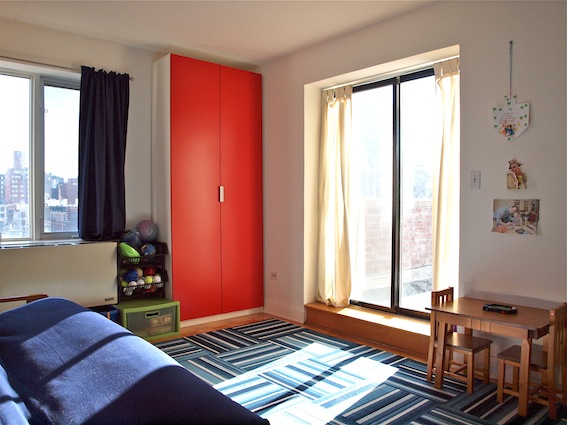 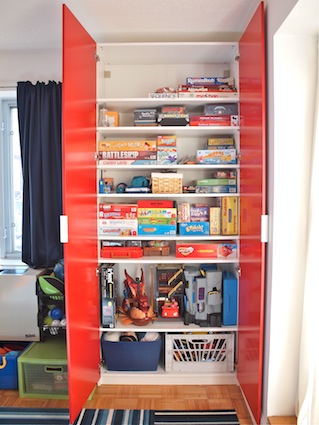 After – Inside Toy Closet